To begin with, I am not much of a pimple person. I have hardly sprouted half a dozen pimples over the years and they have been tolerably manageable since they do not explode all at a time. Truly, now when I come to think of it, I feel that I have been extremely blessed to have a face that does not share any admirable affinity with this dreaded round ball. Yet, on occasions when a stray pimple has come like an uninvited guest, growing shamelessly over a happy face, it has disrupted my day severely. Though at the back of the mind, one knows that a pimple, much like time, is evanescent and will go away soon, yet one has to acknowledge that its destructive power is undeniably supreme, again much like time. My face is not accustomed to living with a pimple and hence any sudden hijack by these unwanted devils makes me completely jumpy. My day gets troubled and my mind gets queasy. Going out of the house poses a huge mental challenge especially if such a going out entails an encounter with a woman of an agreeable denomination.

I recall an instance when I was so appalled at the rude arrival of an ugly pimple right at the outset of a date that I had tried to prick it using my talons. Unfortunately, I found that I possessed no talons and whatever nails I actually possessed could help me no more than a talon would have had. For pimples, I realized are like women- they must be handled with care, with sense and sensibility (credits: Jane Austen), softly, methodically and certainly not harshly. A cream or lotion was the need of the hour but since I stocked no such anti-pimple weapon, I had to make do with a regular cold cream. It would not quite serve the purpose since its job is not to kill the pimples but to warm the skin, yet it would somehow darken my fair-skinned face somewhat and help me to camouflage the pimple to an extent.

During one desperate day when a pimple rattled in out of the blue, I pressed it so hard that blood and pain began to ooze out. That was another instance when I realized that a pimple is really designed on similar lines to a woman. No matter how much you try to suppress them, you will fail, and the blood and pain will only be yours.

No, I am not trying to make any patriarchal statement and the similie is a marriage between jest and creativity, but there you are. I did my explaining and I am positive you too got the drift. Pimples are bossy, irritating and hard to get rid of- just like a girlfriend, which goes on to show why a girl and a pimple walk hand in hand.    :P

[So, a pimple specialist can only treat you out of it. This product could help.
For reading skin care tips and tricks, read some popular posts at NoPimplesNoMarks.com .]

She desired for me both

Not every mother has her boulevard littered by hurdles, not every woman loves her child as much as she hates her life. But for my mother, my house was certainly an unaccustomed earth. Born and brought up in a family not impoverished, she was flung into a marriage where promises bore little fruit. Her husband (my father) was never good with money. He lost what we had, gained nothing in return. There were rifts in their relation, gloom hovered on all sides. This was her house, her new house, a house where promises bore little fruit.

I happened to be an only fruit. It was important for her to sow me, to reap me, to toil from dawn to noon so that she can savor the sweetness by her dusk. But life, even in its most mundane form, can be terrifyingly demanding. Her fruit could hardly be nourished without funds. The school fee, the tuition fee, the money for clothes and all my needs. She could compromise, sacrifice on quality and on comforts to tend only to the basics. But no, she did so not.

She sacrificed leisure, she discarded luxury, good clothing, delightful food, even good sleep. But they all belonged to her. The loss was all hers, the gain all mine. I profited from her misery, she drained her life to feed mine.

South Point (one of the top schools in the country) is where I went, branded games I played with my mates, Moustache I draped on my legs, Bata adorned my feet, and imported apples were the daily rites. 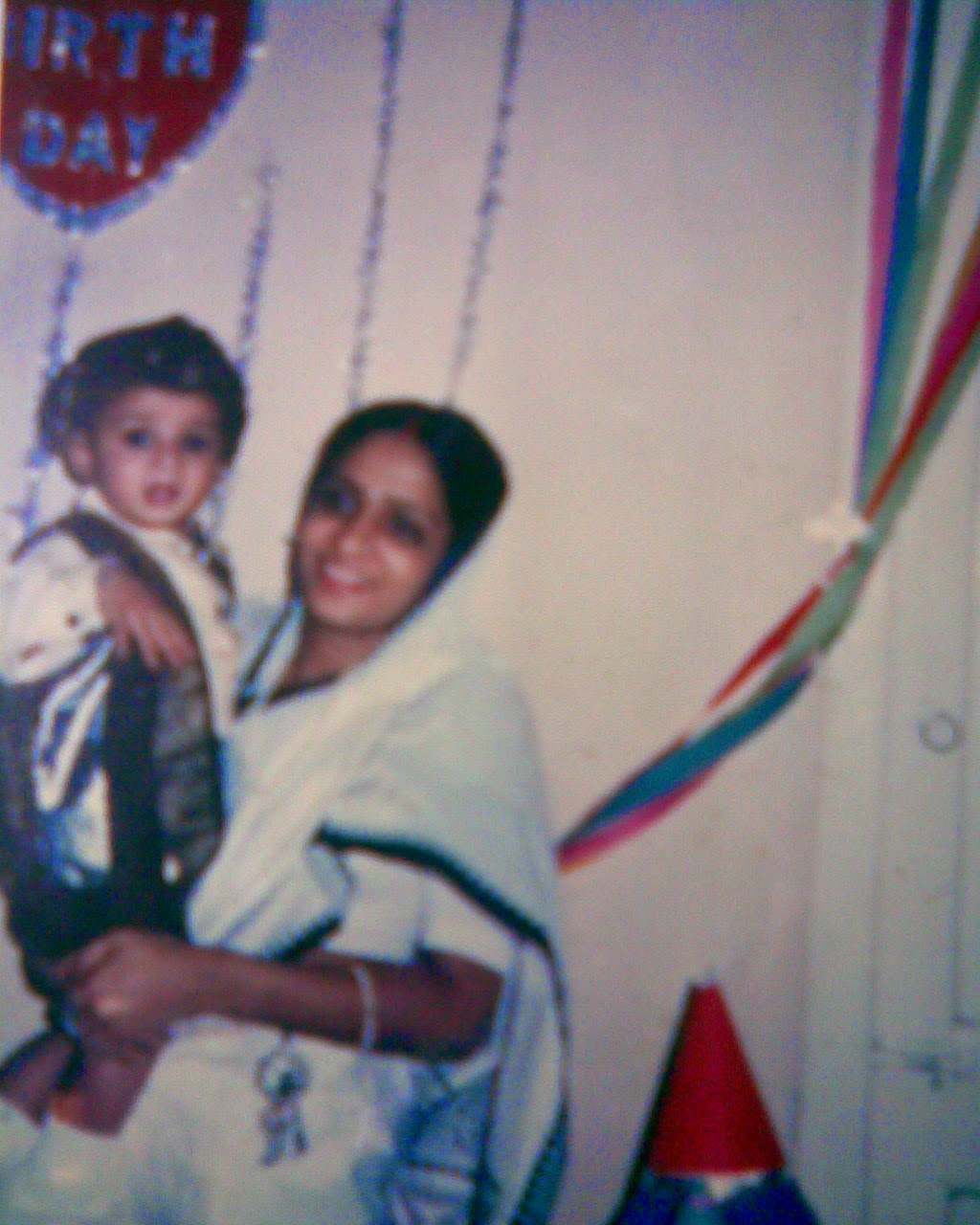 Posted by Ritesh Agarwal at 10:30 PM No comments:

From dusk to dawn: Story of the lady who loved literature

So, there is a young woman who, being a young woman that she is, could have chosen to pursue a degree of a lucrative kind without being bothered about poetic notions like passion and pleasure. In fact, many men must have told her so. But there are some (there is one, at least) who marvel at the decisions she has taken. It does require a steeled resolve and every morsel of determination to brave the daily storms of life and yet walk through the moment with a gritty smile, and emerge on the other side triumphantly.

Due to a physical disorder, she cannot commute. Otherwise, she could have so easily got into a good college for chasing a degree in literature, her foremost love. But encumbered by this problem, she couldn't. Jadavpur University (JU) is just a stone’s throw away from her place. But one of the toughest things in academy is to get a seat in literature in this prestigious university or else she could have so easily persevered with that dream. But what I have observed, over the years, is that luck doesn't really favor the brave (whoever made that maxim certainly erred big time). On the contrary, people become brave precisely because luck never favored them.

So, disheartened at not being able to find a seat in literature, she ought to have succumbed to misery. Right?
Of course, she had the option to reduce her standards and do a sit-at-home course by signing up for a distance degree in this subject. But that wouldn't have been acceptable to her conscience.

At the end of the day, she was as far away from a degree in literature as dusk is from dawn. But some people can stay docile throughout their lives and it is only when a dark storm approaches that they realize how resurgent, how resilient can they be!

She created a second dream for herself.

"Dreams must be nurtured," I have heard from those myriad philosophers and poets. But what I have learnt from her is that "dreams can be created, reinvented." So, she submerged herself in history, her second love. She plunged into the task, cracked the entrance exam and found herself that rare seat in JU where having failed to qualify for literature, she ensured that she qualifies for history.

Around five years later, she is the most favorite student of her departmental head. As she sits on the brink of doing a PhD in the subject, I sit here beside my window and admire the choices made by her.

As for literature, she hasn't given up on it. Her heart, somewhere, is still loyal to her first love. But it’s not a question of ‘literature OR history’ for her but of ‘literature AND history’. She reads her beloved books daily on bed before closing her eyes for the day.

She didn't die in literature, but was born again in history.

She smiled through the storm and eventually pushed me to claw out of my gloom, encouraging me, helping me find a seat in JU, emboldening my eyes to dream for literature. In her eyes, I see my eyes and in them I see her dreams taking flight.

She created her own dawn after life heaped dusk at her.

[“This post is a part of #UseYourAnd activity at BlogAdda in association with Gillette Venus“.]

Posted by Ritesh Agarwal at 1:48 PM No comments:


The withered flower once lush
Will stay withered till forever
Its life was never for ever
In death but, it impersonates my crush

Heart I had none, and she toyed with two
The searing flame burnt, wasn’t anything new
Cupid gave a tip off, yet the heart flew
And then it came back, as if a returned loan
Was it returned really or returned on its own?
It loved for a day, the love never grew

[Please buy any one item from the links posted on the sidebar. Money raised will help me raise my adopted pets. Thanks]