“Why this hype over ‘Satyamev Jayate’? Don’t you think, it’s overrated, Tom?” 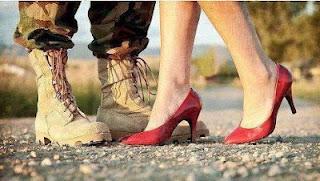 Dear Ritika,
I remembered….. your smile amidst the tears of your last letter, your voice amidst the roar of the heartless guns, your fragrance amidst the aroma of flying gunpowder, your care amidst the hatred across the border, your name amidst the shower of bullets, and your green eyes as I closed my black ones….forever…..
Dear Samar,
I wept….when I read your letter with numb mind, when I stared at the stars with misty eyes, when I broke the bangles with tender hands, when I saw the body with protesting eyes, when I  sucked the poison with hungry lips, when, to meet your black eyes, I closed my green ones…forever
Posted by Ritesh Agarwal at 9:48 PM No comments: