Harry Potter and my silly observations 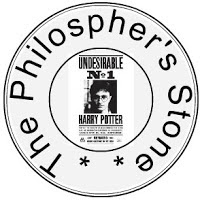 This post has been written for Harry Potter Festival, initiated by the wonderful Richa Singh, who also happens to be my digital mom    :P

Evening. It's 8:55 pm and I just woke up from sleep. No, my head hasn't stopped throbbing. But after this forced evening siesta, I am feeling so full of words that I thought that this would the most opportune moment to carry out the promise I made to my mom Richa Singh (she forced me into signing an ‘unbreakable vow’ actually).
So, here I am doing a write-up for this Harry Potter festival thingy. So you need to bear with me for the next few minutes unless you know how to perform the Aveda Kedavra curse (on yourself, that is)   :P

Well, there is a small lingering thought that has been stalking me for quite a few days. I was struck by this moment of epiphany that day when it dawned on me that some of the things in the HP series are so similar to the stuffs we have read or watched in Indian mythologies or lores. So much so that I wonder if JK Rowling stumbled on to them while doing research work for her novel.

My mind is a strange little thing. It makes some rare discoveries at times and then troubles my conscience and robs me of my peace of mind until I share them with every man or woman (or dog) I meet on the streets. I would need to vomit out the whole thing or else my head would keep throbbing the way it's doing now (and no, I didn't dream of long dark windowless corridors).

Lord Krishna, remember? Think of his early days! His parents were tormented by a wicked king Kans who later went after their son. Kans heard a divine prophecy which warned him that the 8th son of Devki would be the one to slay him. Disturbed by the prophecy, Kans went after the son the moment he was born in his obsession to kill the little life before it could even fully blossom. But Krishna escaped.

Krishna spent his childhood under the guardianship of foster parents and Kans did everything possible to hunt him down and get him killed. Later on, Krishna grew up and in the final confrontation, he put Kans' life to an end. In the process, he also freed the people from his barbarous regime.

Now, that sounded similar, ain't it?
May be, our queen JKR had read stories of Krishna during her own growing-up years or maybe something similar passed her eye and lay embedded in her inner conscience for years, only to be plucked out later when she sat down to pen the greatest tale of sorcery ever written. After all, our mind works in an incredulous way. You may have seen or heard something trivial back when you were a pre-teen kid. You may have got no recollection of the same, but your mind knows and will throw them out to you at the right time, without you getting any aware of it.

This again goes on to show that humans are complex organisms. If they are doomed to extinction, that's because of lack of simplicity. Rowling must have drilled her head into so many anecdotes, myths, legends and what-not to finally extort a plausible plot for her 7-part series.

Btw, I will live. That unbreakable vow thingy binds me no more.
Bad news is, you are likely to hear from me again, which is not at all a happy thought unless your Mirror of Erised is made in China.