A story written in 20 minutes 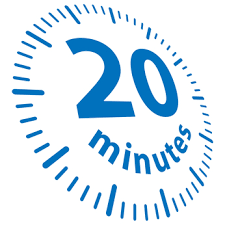 Ratika took out her pen and opened her diary. Her ego had challenged her mind to pen a story in just 20 minutes. She knew that it would be tough but she had to go ahead, since turning back was not an option.
As she put the nib of the pen on the paper, words began to flow out on its own. She wrote:

“I was driving down the road leading to Dover Lane. It was pretty late and the darkness was all-encompassing. I could sense the presence of the moon even though it would steal a glance only from the concealment of the curtained cloud. The road ahead was deserted and I wasn’t anticipating any rendezvous.

But just when you take your bad luck for granted, good things happen to you. A woman suddenly materialized in front of my car and waved me to stop. I pressed the brake and the car halted. She leered into my window almost coming too close in the darkness. Her perfumed hair nearly kissed my face as I smelt the fragrant waft with ecstasy.

She broke my reverie. “Can you drop me to Orchard Lane?”

I smiled to myself and replied. “Oh yes, get in.”

She was lovely and youthful. I noticed her smooth and waxed arms and her perfectly sculpted eyebrows. Her smile had a fleeing quality about it. It vanished the moment it appeared, but it gave a jolt of excitement even for those tiny seconds when it would crease her soft lips.

There was an unnatural amount of redness in her lips, though there was no trace of any lipstick or gloss. I stifled my curiosity and steered the car ahead.

“Do you mind if I smoke,” I casually remarked and lit a cigarette before giving her a chance to reply. It was a mistake on my part because she instantly raised a vehement protest, as if her life was at stake.
I chucked the cigarette out and glanced at her. She was mumbling something which I couldn’t decipher or discern. Suddenly, she appeared pale as if struck by a burst of sickness. I felt that she may lose her consciousness, though she recovered soon enough. I reached out my hand and touched her forehead, expecting a temperature. Her skin was strangely cold and too icy for my comfort. I recoiled and danced a quizzical eye- “Are you okay? You seem sick.”

“I am alright,” she replied but with some hesitancy. I am just being summoned.

“Summoned? By whom?,” I enquired in mild curiosity.

“By my master. He is a devil and he controls my spirit,” she answered in a worrying tone.

I was amused and felt that she was mentally unwell. I fished out a bar of chocolate from my pocket and offered her. “Eat it. You will feel good,” I suggested.

Ratika put down her pen and looked at the watch. She let out a grunt, realizing that she had missed her deadline by 1 minute. It took her 21 minutes to complete the story.

I stopped typing and looked at the watch. It was 6:20 pm. I had achieved what my character Ratika had failed in. I wrote the story in exactly 20 minutes.

Posted by Ritesh Agarwal at 6:26 PM